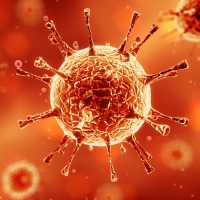 With the discussion of the last week, perhaps there’s reason to be grateful that this doesn’t refer to any particular dangerous, insidious computer virus and refers to the strictly fictitious virus that is the subject of Breakout Manchester‘s upcoming second exit game room, advertised on the site as being due to open on Friday 6th June. It looks like quite a few sessions have been booked already.

“Can you slow down the outbreak and find the cure? You only have 60 minutes to do so or the fate of mankind may be in jeopardy. Our 2nd and newest room in Breakout Manchester. This room is completely unique and you will not find it anywhere else in the world.” Some early construction photos suggest that there is, as you might expect, a laboratory theme. The room may well also have a great deal of natural light, which is a little unusual when many sites don’t mind, or even embrace, a hint of claustrophobia to spur you on to escape. The theme and photos seem promising; this site looks forward to seeing Breakout Manchester’s first original room.

Breakout Manchester are conscientious about posting photos of their teams; while this is by no means unique to them, the players always seem to have had lots of fun. Whilst taking these photos in front of a wall, or a window, with the site’s name on is something of an exit room cliché, Breakout Manchester’s wall always particularly brings to mind a football manager’s post-game press conference held in front of a matrix of team sponsor logos. (Not a bad thing in the least!) Perhaps the logical conclusion would be the Italian press conference approach where the sponsor logos scroll along on a loop behind the manager as they talk…

If you’re not in Manchester, there are several exciting pieces of exit game news coming up soon that this site looks forward to sharing. Before then, the New York Times yesterday featured a superb piece about exit games, particularly the interaction and crossover between games and immersive theatre. The piece touches on other work by the theatre company Punchdrunk and also Gone Home; maybe the piece’s most significant original contribution is the collation of game designers’ quotes about exit games, but it does a fine job of neatly illustrating the common points of reference. Recommended reading!