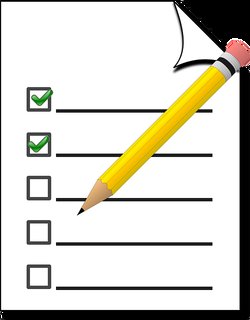 This is the five hundredth item on this blog, or the 501st if you count the map as an item. It’s a lovely round number, certainly, but celebratory hoopla will be saved for another occasion.

Nearly two weeks ago, this site sent out 75 e-mails to exit games in the UK, with representing total of 88 locations, inviting them to take part in a survey. Twenty-four replies have now been received, featuring twenty-three answers, which is a pleasing rate of response. The first twenty came in time for a preliminary results presentation and analysis at The Great Escape UK last week; at that point, it was suggested that the full results would be made available within a week so now is the time to shut the lid on the survey.

Here follows a summary of the results. The percentage values quoted are not intentionally misleading, but the sample size of 23 is moderately small. On the other hand, maybe it’s just the best data that we can expect to get!

52% of respondents gave a somewhat generic positive response (good, really good, fantastic etc.) and 13% specifically suggested they found things exciting, though 17% conveyed a sense that things have been tough or that their learning curve had been steep. 52% of respondents identified as being from new businesses; 26% pointed to expansion, growth or new rooms in their answers here and 9% suggested that 2015 had been better than 2014. 30% identified that they took pride in the good reviews that they had received and 13% proudly quoted the number of people they employed.

57% of replies here pointed out the number of openings and 22% observed more general growth in the market. 35% identified increased awareness of the genre among the public, 13% noted the popularity and the quality of reviews and 26% gave a non-specific positive response. 9% of responses hinted at observing the start of market saturation.

57% of answers referred to at least one new room, 26% to at least one new site and 13% to planned forthcoming change to their existing rooms. 17% talked about spreading their brand through franchise or licensing arrangements. Finally, 13% hinted more vaguely at new projects, more experimental games or expansion outside the traditional definition of exit games.

The most overwhelming conclusion in the whole survey is that 83% expected more openings; an interpretation might be that some or all of the remaining response was from people who considered it sufficiently self-evident not to express. 22% said they expected further closures. 13% pointed out that they thought the market had not reached “the top” yet; 35% expected the new games launched to be better or more experimental and another 13% anticipated a better year in the media for the market.

30% expressed concern over the effect of bad games on newcomers; 13% feared too much competition, or too many new sites, and 9% worried over the potential for their games to be copied. 17% used phrases like the beginnings of market saturation or the analogy of a burst bubble. Happily, as many as 22% of responses said they had nothing to worry about!

This site wishes to thank everyone who responded to the survey and looks forward to seeing how things compare in another year’s time. The raw results are long and accordingly behind the “Read more” link below.