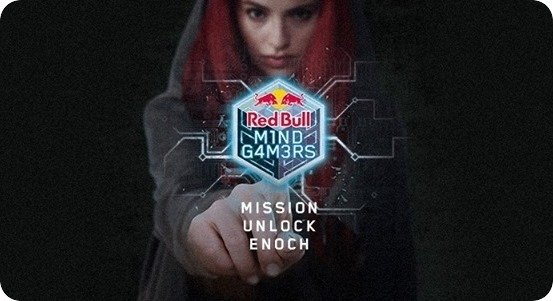 Months ago, this site posted about the then-upcoming UK qualification rounds for Red Bull Mind Gamers‘ Mission Unlock ENOCH campaign. National qualification championships were held in 22 countries around the world, though mostly in Europe, which each qualified a national representative team for the finals, along with two wildcard teams, each of which featured four players earning their places via additional online competitions. These 24 teams are making their way to Budapest in Hungary this week for the world championship.

As I understand it, the 24 teams will take on the same room, one at a time, over Thursday 23rd and Friday 24th March. The two fastest teams face each other in the overall final, set to be broadcast online on Red Bull TV live from 7pm UK time on Saturday 25th March. (It’s not clear how, or if, we’ll be able to follow the action on Thursday and Friday, but Red Bull’s social media would seem like a good place to start. There have even been some suggestions that everything will be kept pretty much locked down until the start of the live show on Saturday; we’ll see.) What else do we know about the room? “It’s the first escape room based on quantum logic, and is designed to challenge 4 problem-solving skills: creativity, logic, visual thinking and strategy“, the titular ENOCH to be unlocked is a quantum computer, and you can see a six-part vlog series about the design of the event.

The UK team looks very strong to me. It is made up of Ken Ferguson, of The Logic Escapes Me fame as well as a little blog called Exit Games UK, Mark Greenhalgh of Really Fun as well as Sera Dodd and Sharon Gill. The team is hugely experienced, having played a total of 1,000 escape games between them – possibly not far from 1,100 by the time of the finals. Ken wrote about the qualification experience in detail and I look forward to seeing and reading more about the finals in the fullness of time. Ken admits that they weren’t as well-prepared for the qualification event as they could have been, and some amazing qualification times came from teams who analysed videos frame-by-frame in preparation. However, this week will test raw escape game skills; it would seem unlikely that the UK team will be out-experienced in this regard.

While this is the first event of its type and so there cannot be a form guide, there are some very familiar names on the other teams. The US qualifiers include a US Sudoku champion, ahead of some very stiff competition, and if you search for the other names on that team, it’s clear that they have some extremely serious puzzle chops as well. Speaking of which, the wildcard winners team includes four-time World Puzzle Champion Wei-Hwa Huang and ClueKeeper co-founder Rich Bragg; I’m sure the other two members are likely to have very considerable skills as well. Long-time US Puzzle team captain Nick Baxter is on the DxM wildcard team, as well. And those are just the names I recognise! I’m sure that representatives of other countries are just as accomplished in their own ways, too.

There’s so much that we don’t know, but it’s going to be great fun following the week and finding out!