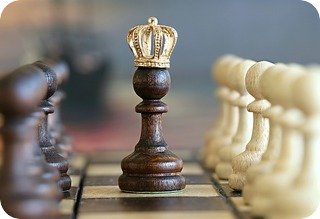 Immediately after the Red Bull Mind Gamers finals show was broadcast, some people declared the games played on the broadcast to be “not escape games”. Most of the most excitable responses were apparently made within Facebook groups. Manda Whitney, of the Room Escape Divas, forcefully and articulately made the (small-l) liberal case for the breadth of the term.

You know how much I write about topics around escape games here: puzzle hunts, puzzle competitions and the like, as well as writing about games like Boda Borg, Koezio, The Crystal Maze, GoQuest and so on. I also note, with great amusement, that many of the best-received escape games deserve their praise in part because, rather than despite, how different they are to so many other games that reviewers have played. Accordingly, I absolutely take the viewpoint that the games which were played in the Red Bull Mind Gamers semi and final were very much on-topic here, and I would have no problem describing them as escape games. (Is there an agreed definition on what an escape game is? In some ways, I rather hope not.)

I will say that the games played did seem to have rather more in common with some escape games than others. Although I haven’t played it, I would draw comparisons in format to the global Adventure Rooms company’s Original Swiss rooms, and I’ve heard other people draw slightly more distant comparisons to Time Run‘s new The Celestial Chain. It’s probably also fair to say that the games in the final do not nearly fall in the centre of the set of games which are felt to have the escape game nature, and I don’t mind that in the least.

While the games at Red Bull Mind Gamers (hereafter RBMG) final was a competition testing skills that are called upon in escape rooms, it was also a competition not testing other skills that are tested in many, maybe even most, escape rooms. (Searching and prioritisation/sequencing of multiple solution elements, to name just two.) If you take the approach that an abstract escape room world championship “should” test skills relatively frequently found in relatively many escape rooms, implemented in ways similar to those found relatively frequently, you might well find it harder to get to “escape room world championship”. It seems quite possible that those complaining most strongly about the world championships adhere most strongly to those views.

I say “let a thousand world championships bloom”! There is no governing body for escape rooms; as I said in passing last June, I’m very happy about this. The term escape room refers to an experience that is, joyously, so broad that the escape room championship experience can be just as broad. At one level, every single escape room that keeps a record of which team escaped most quickly holds its own championship; should a team from the UK go across to Vienna or Budapest and break those records, then they are international championships. Trying to work out which championship might be considered most prestigious is another matter entirely.

A really interesting part of the joy and fascination of escape rooms is the way that surprise is, under most (? All? Almost all?) current implementations, part of the challenge. You don’t know what you’re going to face once you enter the room, and don’t know in advance what skills will be tested. In practice, most escape rooms will follow the good practice of somewhat trying to set players’ expectations in advance, to ensure that teams will be guided towards choosing to play the room that they will most enjoy.

As much as there can be escape rooms that have a relatively high emphasis on physical aspects, or a relatively high emphasis on horror aspects, I would not invalidate a world championship that chose to place such emphases in their own rooms. (Compare with Boda Borg‘s “Quest Master” title for a team who completes all their challenges in a single visit, or the Autumn 2015 £1,000 competition held by the three-month pop-up Panic! room.) On the other hand, they would feel like championships of some subsection of the wider escape room experience at large… and quite probably that’s how Red Bull Mind Gamers feels, as well.

Does playing in a world championship mean that participants need to be ready for anything that might come under the purview of the field in question? Suppose RBMG had heavily focused on horror elements, or even more heavily on physical elements, would that have been a problem? It’s tempting to look at the examples of courses in adventure races, which might test (from Wikipedia) “a range of disciplines including navigation, trekking, mountain biking, paddling and climbing”. Imagine that an adventure race choose to throw in, say, a tightrope walk, or a race through a cave. Would that deviate from the core adventure race experience? (This has happened in practice, as recently as last year.) Setting expectations in advance, and suggesting what skills may be tested, may well make for a player-friendly experience. If it’s intended that picking an ideal team for the test is part of the skill set to be tested, which seems reasonable, then let people know in advance if their self-selected team needs to include the fit, or the brave, or those with perfect colour vision, or the able-bodied at large.

It’s hard to know what’s on the record and what’s not, but specifically taking Red Bull Mind Gamers into account, I am inclined to give the very strong benefit of the doubt to Dr. Scott Nicholson, who was one of the principals on the creative team, but not nearly as personally responsible for the design, implementation and particulars of game organisation as the show implied. I get the impression that he included a very great deal of original, imaginative, thoughtful and player-friendly practice in his design that was not brought to life in the product that made it to the TV show. He also included a great deal of practical science, as befits the association with a science fiction movie, in the gameplay that fell along the wayside. His intentions, and the results of his tests and designs with his students, came up against the practicalities of what might be realised and what Red Bull thought might make for good TV and the results of this multi-way clash were… variable.

That said, Scott definitely deliberately designed for something that was not at the very centre of the current escape game experience, not least in terms of the extent of the involvement of story (expressed in terms of the unfamiliar associated media franchise). The inclusion of a co-operative section in the final is particular evidence of this; it’s hard to imagine many other world championship competitions with co-operative sections. (I can think of one moderately obscure one; perhaps you know others…)

I don’t agree with all Scott’s design decisions. I’ll quote Scott as saying “In Escape Rooms, knowing when you are in over your head and need to get assistance is an important part of the play.” This is generally a wise, player-friendly policy, appropriate in 99% of cases. I would be inclined to say that world championships are among the 1% of cases that are an exception to that general principle and would have preferred a different treatment of the hint process in the semi-final.

It’s tempting to wonder what other approaches might work; the only explicitly competitive one I am aware of to compare against is Escape Run in Malaysia in 2014, held by the chain known here as Escape Room UK, as described at Enigmatic Escape. There wasn’t a media property to associate with; the business case for the event is that all the participants were drawn from branches of one particular business. I find it relatively easy to imagine a single chain with wide international visibility, like Escape Hunt or Adventure Rooms to name just two, hosting a championship to raise visibility of their own brand.

All the assumptions I’ve made in this post are easily capable of being played with, but this is long enough as it is. Another post to follow – possibly the next, possibly not – is one I half-finished months ago playing with one of the biggest assumptions of them all.

Did DASH 9 leave you wanting more?