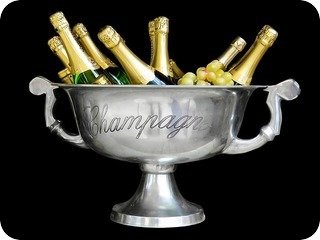 A few pieces of news arising:

1) Insider Media reports that “An AIM-listed investment vehicle has agreed a £12m reverse takeover for a live escape room business, with plans to bring the brand to the UK. Dorcaster has agreed to buy Experiential Ventures Ltd, the holding company of the Escape Hunt Group.” If you search for Experiential Ventures in the news, you can find other analysts’ viewpoints on the development; for instance, there is a slightly sourer opinion from Shares magazine.

I’m not sufficiently business-savvy to know the ins and outs of how the procedure works, and whether it’s all done and dusted and the cash-register bell is ringing or whether people are still relying on other people to supply money to make things happen. (If there is someone who can interpret, that would be very welcome.) I do like the thought of someone from the escape game industry Getting The Loot, though; while this deal might have arisen from what is, to some extent, an escape game franchise business, rather than an escape game business, I can’t imagine you could have a credible escape game franchise business without having had an escape game business first.

This site featured a couple of interviews from May 2014 and November 2014 with Escape Hunt principal Paul Bart. There’s more analysis to be done somewhere of this (and of business in general) down the line, but that day is not today; today is a champagne graphic day, as far as I’m concerned.

2) The much-missed Oubliette‘s Minkette kindly pointed to this thread on Twitter, in which Lee Shang Lun, also known as Harry, livetweeted (and translated) a talk given by Baptiste Cazes on escape room games at the Pompidou Centre. The thread is well worth reading.

3) Archimedes Inspiration‘s Kou Tseng is running the London Marathon a week on Saturday in support of Mind, the mental health charity, in an escape-themed padlock costume. You can donate directly to his fundraising effort. Alternatively, the site’s Facebook page states that “Book one of our games between now and 30th April and we will donate all the profits to Mind, an amazing charity that provides help and support to anyone experiencing an mental health problem.” Kudos! Immense kudos!

4) Shortly after that, the next UK escape room unconference will take place. “April’s UK Escape Room Unconference will be held at Summerhall in Edinburgh – a quirky and original venue close to Edinburgh Waverley train station and the bus station. The lovely peeps at LockedIn are running free sessions from noon on Monday to noon on Wednesday if you’re staying over, and on the evening of the event as well.” It starts at 10am on Tuesday 25th April; tickets are still available for under £34, including Eventbrite fee. Sadly I’ll be working the day shift and have to miss out this time, but some highly-regarded London types have suggested that the standard of games in Edinburgh is (almost entirely consistently) remarkably high, with the highest highlight at least matching anything England has to offer. A ringing endorsement, and these unconferences are always great days. Judging by the names on the Eventbrite, there’ll be easily enough brilliant people there that it’ll be worth your time and effort in terms of who you’ll meet and what you’ll learn, and not so many people as to overload the venue and become overwhelming.

5) A little further down the line is the next Up The Game conference on Tuesday 9th May at a remarkable abandoned prison venue in Breda in the Netherlands. Tickets are still available and won’t leave much change from €200, plus all the usual costs of travel to attend a conference, but the speaker line-up is stellar. I hadn’t realised quite how big the first Up The Game was – of the order of 500 attendees from 40 countries – and I’ll eagerly be awaiting news of this one from afar.

How would we get puzzles at the Olympic Games… or something like it?