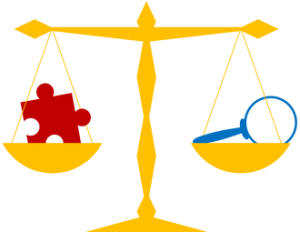 Puzzle hunts come and go. This year, new additions include the Cambridge Puzzle Hunt and Galactic Puzzleball, though the MUMS hunt has had a year off. I long enjoyed reading about the epic weekend-long van-based hunts in the United States, and it doesn’t seem like the people who have made them over the years feel the same need to create them any more. However, the desire to create puzzle events is still there; it’s just that the focus these days seems to be to place them on the Internet where the whole world can play, not just people who happen to be in the right place at the right time. Sounds like a very practical step to me!

The Hunt for Justice is an upcoming online puzzle hunt that will take part on Saturday 21st October. The hunt will nominally take place between 1pm and 9pm Eastern, which works out at 6pm UK time Saturday 21st to 2am UK time Sunday 22nd time. (Both countries will still be celebrating daylight savings time, though not for long afterwards.) In truth, the puzzles will be available afterwards, but live support and puzzle answer nudges will be available during those hours. Experienced teams may well be able to complete the hunt in five hours or so.

The most distinguishing feature of the hunt is that teams participate online from the location of their choice, but they will be sent a box of props and physical artifacts in advance of the hunt starting which may be used during some of the puzzles. Accordingly, there is a charge to take part, which covers the cost of producing and sending out the box of props, but also covers a donation to the Innocence Project charity. The charge is US$80 for teams in the US and US$90 for teams requiring international postage. Team size is unlimited, but teams of 2-4 are recommended. Theoretically you could have a team spread over more than one location, by registering two smaller teams who each receive their own box of props and have these smaller teams work together.

The line-up of people responsible for putting the hunt together is impressive. They have extensive organising and writing credits for Puzzled Pint and local in-person hunts as well. The team compare their hunt to DASH in terms of style and difficulty – or, more precisely, a relatively tricky year’s DASH, for there has been plenty of volatility from year to year. You’ll get nine puzzles and a metapuzzle for your money.

I’m really excited about The Hunt for Justice in a way that I haven’t been for the other hunts because it has been designed to take place in a single long session – a good night’s entertainment for a team – rather than being something that hangs over a period of several days and invites you to spend an indefinite period of time over the course of a week or so. That sort of format will suit some teams better; I’m particularly attracted to this format. Registration closes August 1st, so you have only just over a week to register. Less than three months to wait!