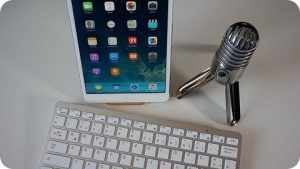 A video, a channel of videos, and (saving the best for last!) a series of podcasts.

You probably know the story of Masquerade, the 1979 picture puzzle book that spawned the armchair treasure hunt genre. It’s fully discussed at Dan Amrich‘s site, and there was a BBC radio documentary about it a few years back. (Cough.) It is known that the person who won the hare did so by dubious means, and that they later on (co-)founded a company of their own to start a second competition with the same prize, distributing the cryptic clues through an unsuccessful pair of computer games rather than through a book. Dan Amrich’s site discusses the computer games briefly, but Stuart Ashen, who shoots fish in barrels through discussion of old computer games, has a charming video of a presentation he gave making the case that Hareraiser may have been the worst game ever. Well worth a view.

If you like watching people discussing puzzles and their solutions, you’ll very likely enjoy the “The Aha Moment” channel on YouTube. It takes real-world puzzles (five so far, of which four came from a reasonably recent month of Puzzled Pint) and explains how they’re solved, or reasonable approaches you might take along the route to solving them. These videos fill a niche for people who think that “they couldn’t ever solve these sorts of puzzles” as they do so much more than just going down the single line that happens to work in any particular instances, and they’re lovingly made. Part of me looks forward, in time, to the same sort of approach being applied to incredibly difficult (e.g. some of the tougher MIT Mystery Hunt) puzzles, and the lines that people might go down before they find what happens to work.

Lastly, “Escape This Podcast” is something new under the sun. It’s a podcast series in which puzzlemaster Dani has designed a number of fictional escape rooms and invited her friends to play through them in the style of, roughly, a freeform tabletop role-playing game, where the real-life players describe how they would interact with the items in the room in order to solve the puzzles. More generously still, Dani publishes extensive notes for each game, so that someone who reads the notes can act as referee and run the game for other players in turn, which is hugely cool and a delightful addition to the world of escape room games at home, at a cost of zero. (I’m aware of people having used these notes to re-run the games, and it does work in practice as well as in theory.)

The podcast is skilfully made; Dani has a really good attitude and wants the players to see all the hard work she has put in. There have been five episodes to date, and I’ve listened to the first three; the players in each so far have not sprinted through trying to set an unbreakable time, so it may well be that you – as first-time listener – can solve the room more quickly than the players do on the podcast, which is always fun. Highly recommended; fingers firmly crossed that Dani keeps enjoying sharing the products of her fertile imagination with us!