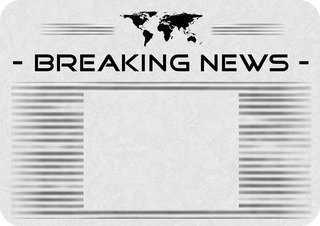 This site has got a little behind on news, so this post and the next will catch up on stories arising, some from within the country and others from overseas.

The most recent episode of Push Your Luck podcast features Prof. Scott Nicholson talk about, obviously, exit games along with one of his friends who used the exit game format to co-organise the very exciting-sounding Library Lockdown, teaching upper secondary students in Singapore about library skills. Every time Scott speaks, there’s something new worth listening to; he estimates that his white paper contained about 30% of what he learnt from the survey, and more and more of the remaining 70% is being revealed in different ways.

This time, there is a particularly interesting take on designing replayability in exit games, with mention of an unnamed but extremely exciting-sounding live-action adventure game in Wisconsin Dells – at a guess, Wizard Quest? Scott has a charming and practical take on safety as well; with hundreds of thousands or millions of players, we’re into the territory where one-in-a-million accidents will happen, and so it’s worth making sure that the worst consequences happen once-in-a-billion rather than once-in-a-million.

It’s clear that the podcast was recorded a few weeks ago, for there is mention that the MIT Escape Room Game Jam had not happened yet. (The #escapemit hashtag hasn’t revealed much for a while; has anyone blogged about their experience at the event? Have any of the game ideas been published?) There is also mention of an interview with Newsweek, which only in the last day or two has been published; it’s very good work, especially for a mainstream piece. The research is thorough, featuring not just Scott but Dave Spira of Room Escape Artist and two site owners. Everyone comes off looking good, not least the writer Stuart Miller.

Lastly for this post, Escape Reviewer of Toronto is teaming up with Escape Games Review and Escape Room Addict to run a Puzzle Contest, fresh off the global success of the puzzle hunt organised by the latter two web sites. This has attracted even more support from the Greater Toronto Area exit game community, with 23 sites donating over 80 prizes, some free games and others discounted games. The fun starts on April 25th!