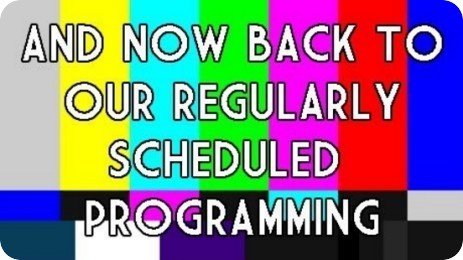 “Here we go again“, as Stakka Bo’s number 13 hit Here we go from 1993 starts. “Here we go again, here we go go go as we warble up a Top Shop.” That’s a more accurate transcription of the lyrics than most.

I’ve moved from exitgames.co.uk to exexitgames.co.uk because what was working for me in 2014 and 2015 wasn’t working for me any more in 2016. Why not? In two words: mental health. In slightly more words: as much as I love infrastructure, I put so much of it in place that it became unwieldy in practice, and a fresh break suited me better than not. The wheels were falling off the wagon by the start of March – see the Intermission post – and it was very tempting to leave it there, but I thought I could have one more decent month with DASH, the unconference and the trip to The Crystal Maze meaning that I could leave on… not a high, but not completely petering out.

I made well over 500 posts at Exit Games UK, with grateful acknowledgements to those who provided guest posts to add to the fun. During that time I was quoted at the BBC, CNBC, in two books, at the Financial Times (possibly behind a paywall?) and was a talking head in a video on the FT site, which was fun. I helped organise an unconference and I organised a trip for 32 people to The Crystal Maze. I provided data used (without attribution, hmph) on Channel 4’s What Britain Buys, with The Logic Escapes Me‘s Ken playing a game on-screen – and if that’s not a metaphor for the way things turned out for blogging then I don’t know what is.

I was particularly pleased with my coverage of the 2014 World Puzzle Championships held in Croydon in the UK, and of DASH. The very good DASH 7 got more coverage (and even a cheeky one-off podcast!) than the very, very good DASH 8; it may be a sad truth that there was less to say about DASH 8 because it ran more smoothly and, frankly, was probably better overall. The interviews I performed were always fun; it was an especial thrill to get to talk to the team behind the Cyberdrome Crystal Maze of the mid-’90s and beyond. I have also tagged my longer reads and a very small number of posts about things which were particularly pleasant surprises to learn. Lots of fun stuff where I’ve barely scraped the surface, and that’s why I’m keeping going over here.

Everyone I’ve come to know through my time at Exit Games UK has been pleasant at worst and delightful at best, both site owners and blogger friends. There clearly are some… sharks at best in the industry who I haven’t yet come to know, but at least I know to keep away from them. I owe apologies to people who have started sites since February this year, for I have not updated the map (though Ken kindly has!) or the list of games to reflect their launches, and that’s their livelihood that I’m not doing as much as I could be to help. That’s part of the reason why I’m disassociating from exitgames.co.uk and associating with exexitgames.co.uk from now on.

The single biggest mistake I made with Exit Games UK was the title. When I started there were only a handful and no accepted term for them, so I stole the term from the wonderful exitgames.hu. In practice, almost nobody in the UK calls them exit games, and I take the blame that the term is used at all. There still isn’t a completely satisfying term for the genre – Room Escape Artist has a good take on this, though Scott Nicholson reflects that a good 30% of games don’t really need to be associated with the word “escape” at all – but exit games really isn’t it.

I recommend every source of online escape games except Ajaz Games, to whom I will not even link. They know why.

The content of exexitgames.co.uk will be similar to that of exitgames.co.uk since March. I tried to keep professional, businesslike and neutral with Exit Games UK, and am proud of my record of never having taken any free games in association with Exit Games UK. (I did take a free can of Diet Coke at one point, but I was offered a drink of water and was given the Diet Coke instead. I’d rather have had the water; I don’t like Diet Coke.) With Ex Exit Games, all bets are off. I may start taking freebies and I might even start having opinions on the record about the games I play! I will also feel a lot happier about writing “I…” sentences rather than trying to write “Exit Games UK…” third-person sentences 90%+ of the time. In short, this will probably not be as good as Exit Games UK was, but it’ll be better than nothing, and it’ll be as good as you’re going to get from me.

FAQ: There actually was one question that I was (relatively) frequently asked when I was running Exit Games UK. Obviously it’s more fun to let you guess at what that question was than actually tell you, but – at the time of writing – the answer is two.

Jamming the odds and ends in