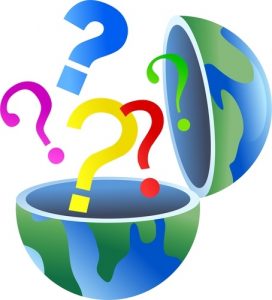 The World Quizzing Championships happened this weekend, and they were won by Kevin Ashman for his fifth championship, which is his first for seven years. Apparently there were something like 2,000 competitors from 25 nations, which is very respectable. It’s tempting to take a rather Going For Gold attitude to this (can a pan-European quiz hosted in the UK and conducted in English truly be fair?) but the WQC team do seem to go out of their way to make it a truly global contest, which deserves approval. The rostrum list may look a bit embarrassingly British (and the separate use of England, Scotland, Wales and Northern Ireland always smacks of needing to try too hard; this is neither the nineteenth century nor the Commonwealth Games) but the 2016 results table makes for much better reading. Even counting the UK as one, the top 16 is more global than the current top 16 rankings list for those notoriously British physical sports snooker and darts. Thumbs up.

At this point I’m going to get my retaliation in first and say that I dearly hope that there is never a counterpart global governing body for escape game competitions. Are there any global sporting organisation bodies that are actually popular with participants in their sport? (Genuine question, and I’d be delighted to be surprised to learn that there are.) It takes a certain sort of type A personality to declare yourself an authority, perhaps a type AA personality to declare yourself a global authority and a type AAA personality to make a career and a living for yourself by doing so. There’s a nuanced distinction here; if you contribute to a community and consequently others regard you as an authority, that’s a different, beneficial thing.

I like the thought of there being escape game competitions – even, theoretically, global ones – either to determine the most delightful designs or the most adept solvers, but there’s a difference between (1) people creating competitions and content for the benefit of the world at large then being well-regarded as a result of it and (2) people assuming authority first then using that authority to create competitions and content for their benefit. The puzzle world and puzzle hunt community generally do relatively well at staying on the right side of the distinction. Based on a mixture of first- and second- hand reports from people who have floated through my life, I tend to believe that there are elements in the world of competitive quiz organisation who are not on the side of the angels. No names, no pack drill.

I don’t think it’s a stretch to claim that it’s a reasonably generally accepted truism that people like all the information to be required to solve an escape game to be available within that escape game. A recent Room Escape Divas podcast (specifically, episode five) had a glorious and righteous rant about a room that relied on terrible trivia questions, then expected people to search online for the answers once the game had concluded and use this information to play a second time. It also counterpointed this against a room that included a trivia puzzle but in an interesting way; if you didn’t know the answers then it was still a reasonable elimination-of-the-wrong-answers puzzle.

From there, I take the view that as much as escape games grow and spread and try different things, I tend to believe that there is scope to crossover and try to capture slightly different markets, if you can set people’s expectations in advance and then go out to attempt to appeal specifically to people who would enjoy this and would be less likely to enjoy a traditional escape game without the additional leanings. (The argument against this runs along the lines of “not many people buy picture books of horses; to buy one, you have to both be a person who buys picture books and who likes horses”. I do have a fab picture book of old pinball tables.) Quizcape would be an attempt to appeal to people who like quizzes first and foremost, escape room activities second.

Quizcape sees a team of players stand under a spotlight in a room. Secondary spotlights point to a number of information resources (encyclopediae, phones, tablets, but maybe also some slightly more off-beat ones like PCs running Windows 3.1 with very old copies of Encarta…), each of which are available but obsetructed. A phone might be in a (transparent) box with an obvious lock. A computer might have a password that needs to be cracked. A book might be behind bars; manipulating it might be a physical puzzle, and so on.

The team are posed a series of questions against the clock. Ideally they will know the answers and can answer them. If they don’t, they can attempt to go to the resources, solve the puzzle obstructing use of the resource and, having done so, use the resource to look the answer up and then move on to future questions.

That’s the very simple principle behind Quizcape. I have thoughts of elaborations like a structure of rounds with meta-puzzles, rules for how the timer might work and so on, but it’s more fun to make them up for yourself. It’s the principle of the thing that counts.

How would we get puzzles at the Olympic Games… or something like it?

What would, could, should an escape game world championship look like?

Could there be a really good puzzles and games pub?